The modern resort of St Moritz in eastern Switzerland's Engadine Valley is justifiably world-renowned as a prestigious destination for skiers and snow sports enthusiasts. Occupying a spectacular location in the eastern Swiss Alps there is more to St Moritz for visitors, however, than proximity to the pistes alone. 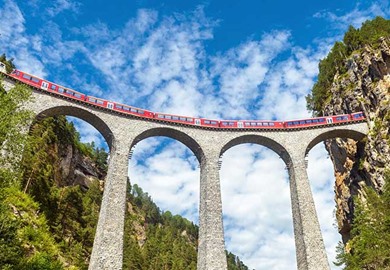 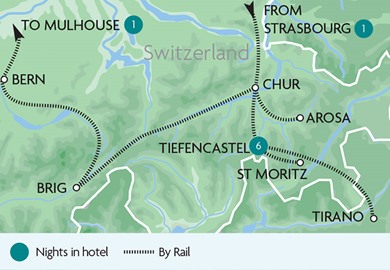 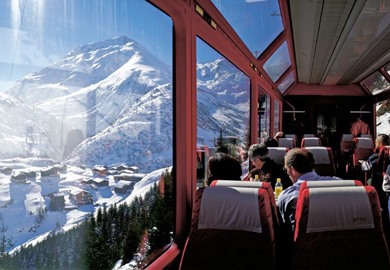 Glacier Express All Inclusive in Winter 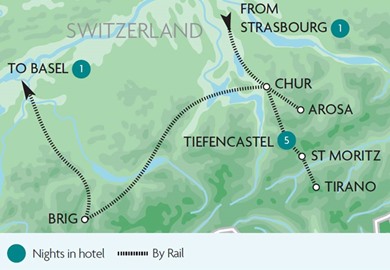 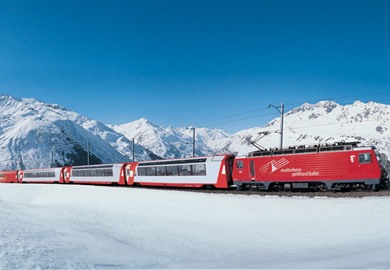 Glacier Express All Inclusive at Christmas 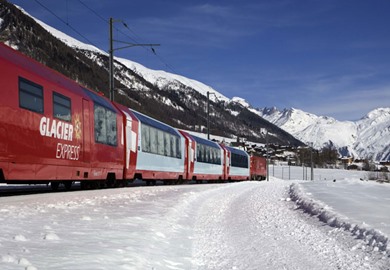 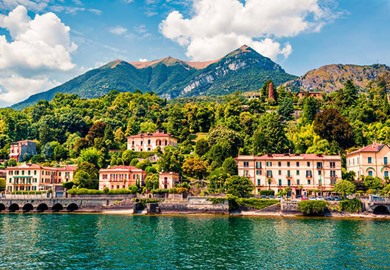 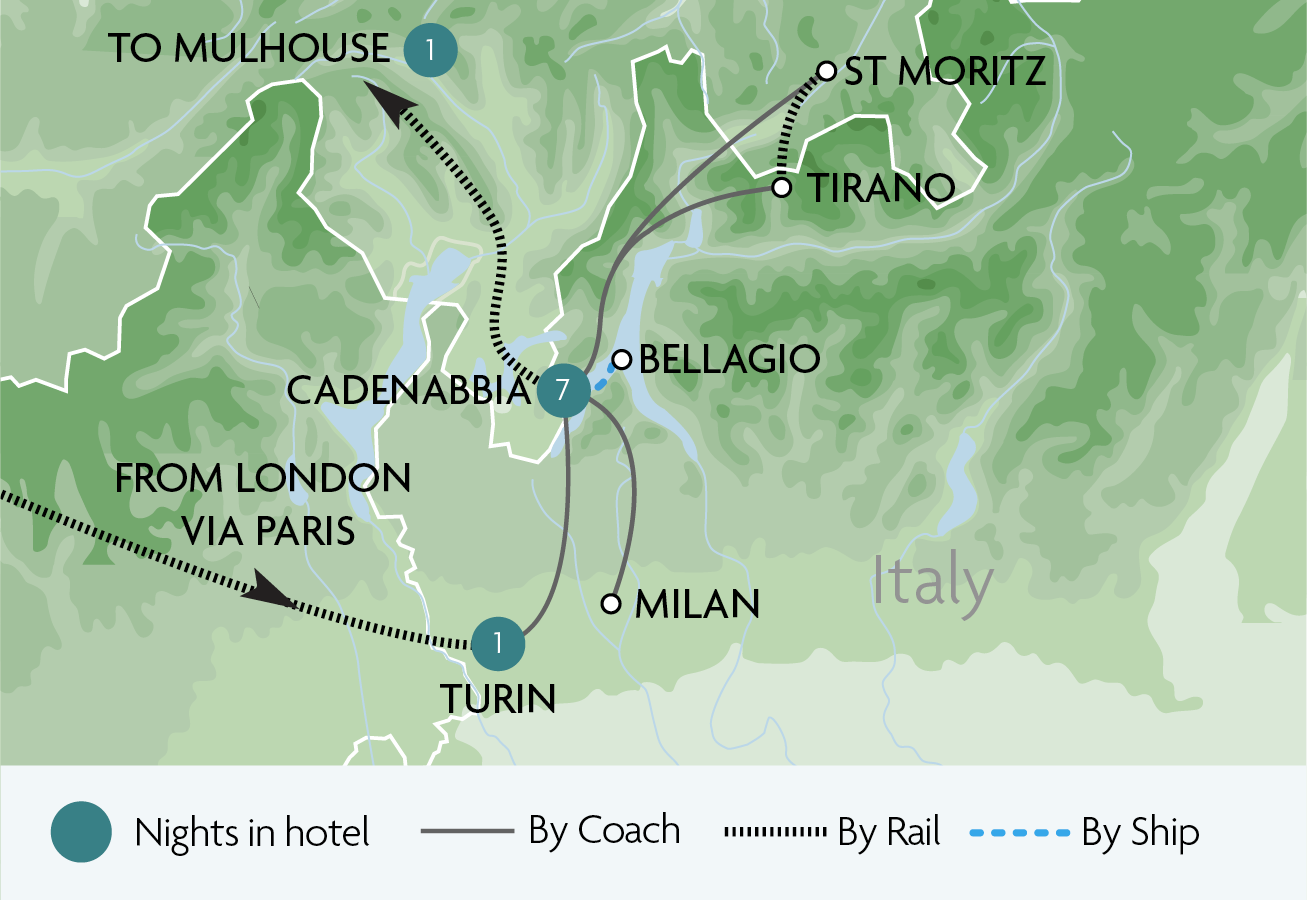 “First time on a train holiday and it was very well organised. The Swiss trains are amazing and the scenery is stunning.
Collected by Trustpilot
Glacier Express All Inclusive at New Year
customer

“Lovely places to see/be in, but too much time pressure and stress during travel. Took days to recover. Better for the young/fit. Everyone was very disappointed as the actual Glacier express we were on, being I believe a special extra train due to demand, offered no buffet or refreshments at all, all the way. Much cynical laughter at the lavish videos.
Collected by Trustpilot

The existence of the town, dedicated to Saint Maurice, can be traced back to the late eleventh century. The discovery of therapeutic hot water springs in the region, first mentioned in fifteenth century writings, saw St Moritz rise to popularity as a summer spa resort and it was not until 1864 century that an entrepreneurial hotelier in the town invited four summer guests to return in the winter months promising to pay for their travel and lodgings if they did not find St Moritz as agreeable in winter as it was in summer. Within two decades of this event, the town had gained widespread recognition as a winter holiday destination, hosting Switzerland's first Alpine curling and golf tournaments, and ice-skating championships in the 1880s.

Since then St Moritz hasn't looked back. Today, visitors will find a resort that combines fine historic architecture, some of it medieval, with modern and glamourous shopping streets, museums, galleries and other attractions and an abundance of natural beauty thanks to the town's lakeside setting surrounded by snow-capped mountains.

Pisa in Italy does not hold the monopoly on leaning towers. St Moritz's iconic and Romanesque leaning tower is all that remains of the twelfth century Church of St. Mauritius which was demolished in 1890, and lists at a drunken angle of 5.5 degrees from the perpendicular.

At the heart of the town, Via Serlas is one of the world's most exclusive shopping streets featuring outlets from the best known fashion houses, retail stores, winter sports outfitters and the largest Swiss chocolatiers emporium in St Moritz.

This superb museum recreates the interiors of typical houses of the Engadine Valley throughout history and features exhibits including traditional clothing, utensils, tools and furniture as well as artefacts from the Neotlithic, Bronze and Roman ages unearthed during archaeological excavations of the valley.

The legendary Cresta Run, a skeleton toboggan racing course hewn from ice and covering a distance of 1,214 metres, was first constructed in 1884 and is rebuilt from scratch every year. Spectacular races and practice runs take place daily from the end of December until March.