There is no easy way in which to summarise all that the beautiful, medieval city of York offers its visitors. The city enjoys a location amid some of England's finest scenery, founded almost two thousand years ago where the rivers Ouse and Foss meet, and surrounded by the rolling green countryside of the Yorkshire Moors and Wolds and the Pennine Hills.

“A very well organised and enjoyable holiday which was also good value for money. The hotel was comfortable, the outings really interesting and the balance between organised events and free time was well considered.
Collected by Trustpilot
York's Historic Heritage

One of the most visited cities in Britain, York offers every attraction the modern visitor could wish for, yet has taken meticulous care to preserve its ancient heritage and architecture. Enclosed by the most complete medieval defensive wall in England, York's ancient streets wind their way to the cherished centrepiece of the city: the breathtaking York Minster. The largest Gothic cathedral in northern Europe, and easily one of the most beautiful in the world, York Minster was built in the thirteenth century but occupies a spot upon which churches have been built since 627AD. 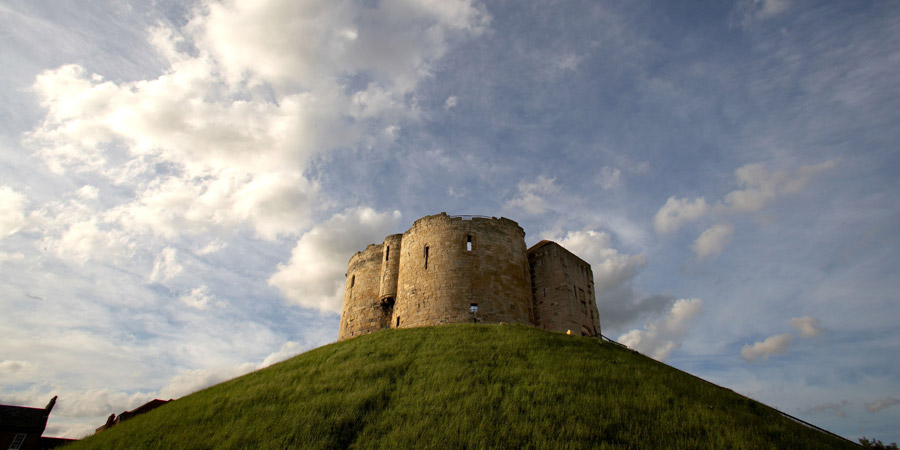 York's historical legacy is undeniable; stunning buildings from virtually every period from the medieval era onward can be found in and around the city, whilst popular attractions such as the Jorvik Centre and a host of museums entertainingly recount every aspect of York's life story. But history aside, modern-day York offers a seemingly endless fund of enjoyable sights, attractions and activities to suit the interests of every visitor, young or old.

York's only national museum contains more than one million exhibits spanning three hundred years of British railway history, but the trains themselves - a collection of almost three hundred items of rolling stock including famous locomotives such as the Mallard, the Flying Scotsman and the Duchess of Hamilton - are the real stars of the show.

This eighteenth-century five-sailed windmill, the last surviving of York's three original mills, once produced high-quality flour for the city. The subject of a restoration project by devoted volunteers in 2001 Holgate Windmill, surrounded today by modern houses, is both a fascinating museum and a remarkable feat of engineering.

Following the lines of original walls built around York by the Romans, the current city walls date from the thirteenth century and can be walked in their four-and-a-half mile entirety, taking in various original medieval features including the city's gates and to providing excellent views of York's different aspects.

The Yorkshire Museum is undeniably a York highlight but its beautiful ten-acre botanical gardens are unmissable in their own right thanks to the stunning flower displays, immaculate lawns and historic buildings within.