Pickering is a historic and lively market town situated in the Ryedale district of North Yorkshire. A settlement since the third century, local legend holds that Pickering gained its name when King of the Britons, Peredurus, lost a ring which was later found in the belly of a pike caught in the local beck.

1 result matching: A trip to Pickering

Abundant natural resources and arable land suggest that Pickering originated as a farming community until the Norman Conquest in the eleventh century when a castle and church were built, around which the town grew. Today, the ruined Norman castle remains one of Pickering's highlights, whilst the beautiful Pickering Parish Church, which was extended significantly between the twelfth and fifteenth centuries, is unmissable for its contrasting architectural styles, historic wall paintings and stained-glass windows.

A prosperous agricultural and market town - Pickering's market is still held each Monday - a railway connecting the town with the port of Whitby, twenty-four miles away, was completed in 1836. This historic railway, one of the oldest in the world, was closed in 1965 but rescued by the Yorkshire Moors Railway Preservation Society and is now a stunning heritage steam railway: the North Yorkshire Moors Railway. 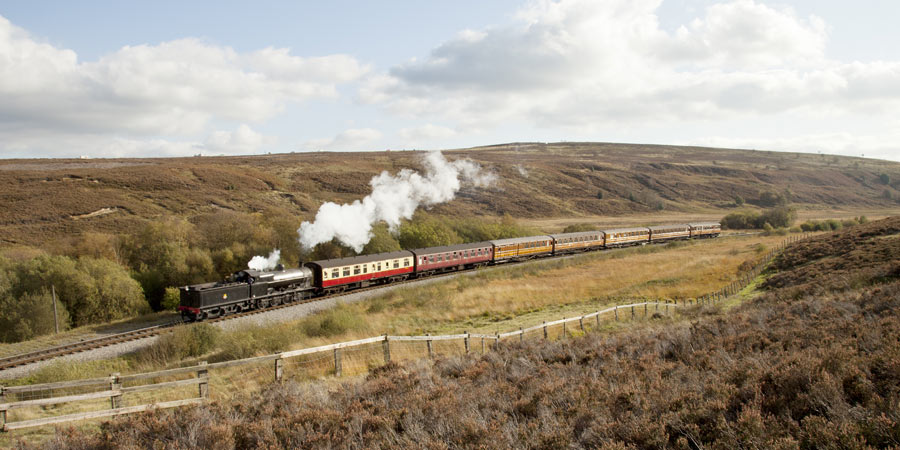 This award-winning museum of social history is set within a magnificent Grade II listed building that was formerly Britain's first agricultural college. Twenty-seven rooms meticulously recreate two hundred years of Pickering's history, including a replica Victorian pub, chemist's shop and tailor. Outside there is a collection of historic agricultural machinery and a traditional blacksmith's workshop, and the museum also houses an extensive collection of period images produced by the renowned local photographer Sydney Smith.

The stunning, heather-carpeted moorland that surrounds Pickering have remained unspoilt and unchanged for decades and offer a wealth of opportunities for walkers of all abilities to appreciate the outstanding natural beauty of this region of Yorkshire.

Eight miles south of Pickering, Eden Camp is an authentic World War II prisoner of war camp used to detain Italian and German soldiers captured by the Allies on the battlefields of Europe. This fascinating and multiple award-winning museum aims to educate visitors by accurately recreating the sights, sounds and atmosphere of wartime Britain, with each of the camp's original huts recounting the history of the war from its origins to its conclusion.