Majestic mountain peaks have some of the most spectacular backdrops in the world. The best way to soak up their natural beauty is undoubtedly travelling through them by rail. Whether you're twisting and turning through chic Alpine resort towns, rushing past verdant tiered forests or climbing to the dizzying heights of the mountain peaks themselves, mountain railways allow you to take in the scenic views at a leisurely pace, from the comfortable and warm surrounds of a train carriage.

In winter, mountain railways let you glide through winter wonderlands. You pass trees dusted with a light coating of fresh white snow, frozen lakes that sparkle in the low-hanging winter sun, and a magical, crisp air that recalls a feeling of childhood Christmas nostalgia.

To celebrate International Mountain Day, which falls on December 11th each year, we've rounded up Europe's best mountain railways. Miraculous feats of engineering whisk you up through the mountains in a matter of mere minutes, gone are the days when taking in the views from atop a mountain would involve a difficult and dangerous hike. These railways provide unforgettable mountain views from a warm, safe, comfortable carriage. What could be better than that? Here are some of our favourites. 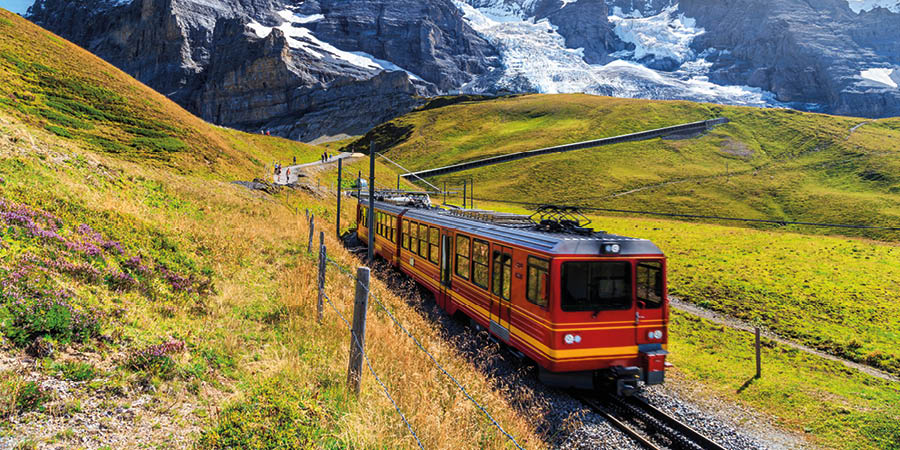 The Swiss Alps offer some of the best, most dramatic, and most beautiful railway journeys in the world. The Jungfrau Railway illustrates this perfectly. Climbing from Kleine Scheidegg, much of the journey takes the jolly red carriages journey through a tunnel within the craggy rock of the Eiger and Mönch mountains, pausing at several observation windows built into the mountainside to take in the views.

The journey is just the start here; the terminus, the Jungfraujoch, is known as the Top of Europe and boasts the accolade of the highest railway station in Europe. As you glide into the station it's not difficult to understand why. From the summit of the Jungfrau, passengers are treated to a seemingly endless panorama of dramatic surrounding mountain peaks, blanketed by a layer of fresh white snow. The sense of isolation and tranquillity found here is really quite special. 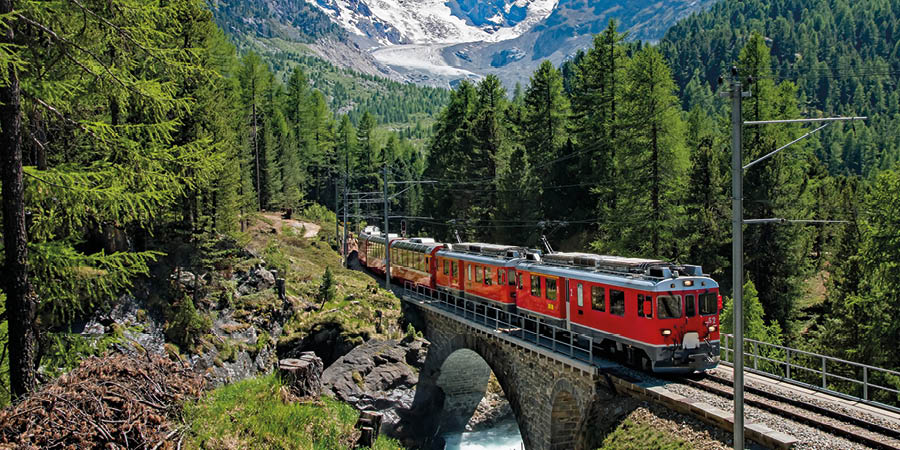 Connecting northern and southern Europe with a stunning journey through ancient alpine landscapes, the narrow-gauge Bernina Express offers an array of wonderful, varied views. Travelling from the majestic snow-capped Alps and rushing mountain streams of Switzerland to the pretty northern Italian town of Tirano, the Bernina Express passes over almost 200 bridges and through countless tunnels, ascending to around 7,000 feet as it winds its way across the precipitous terrain of the Bernina Pass.

Particular highlights include the 136-metre-long Landwasser Viaduct, an impressive six-arched, curved limestone bridge that crosses over a verdant valley, and the magnificent glacier-fed Lake Bianco. In 2008 the line was declared a UNESCO World Heritage Site, as a result of it constituting an "outstanding technical, architectural and environmental ensemble" that "embodies architectural and civil engineering achievements, in harmony with the landscapes through which they pass." 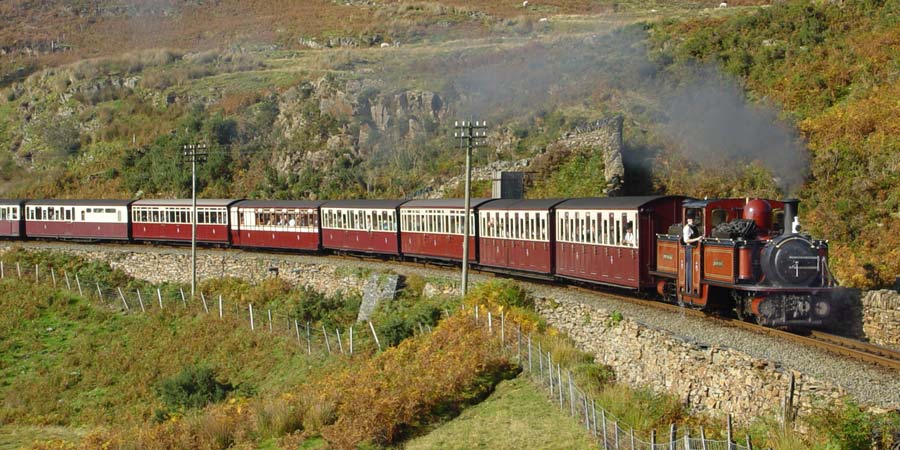 From sea level at the charming coastal town of Porthmadog, the Ffestiniog Mountain Railway climbs steadily up through the magnificent Snowdonia National Park to the slate mining town of Blaenau Ffestiniog, treating its passengers to stunning views across the Welsh countryside. Originally founded in 1832 to transport slate, the railway is owned by the Festiniog Railway Company, the oldest surviving independent railway company in the world.

After the line faced closure in 1946 due to a drop in the demand for slate, it was restored and reopened as a tourist attraction. Today, it is the UK's longest heritage railway, transporting passengers past 25 miles of mighty forest, beautiful lakes, pretty undulating meadows and dramatic mountain scenery. 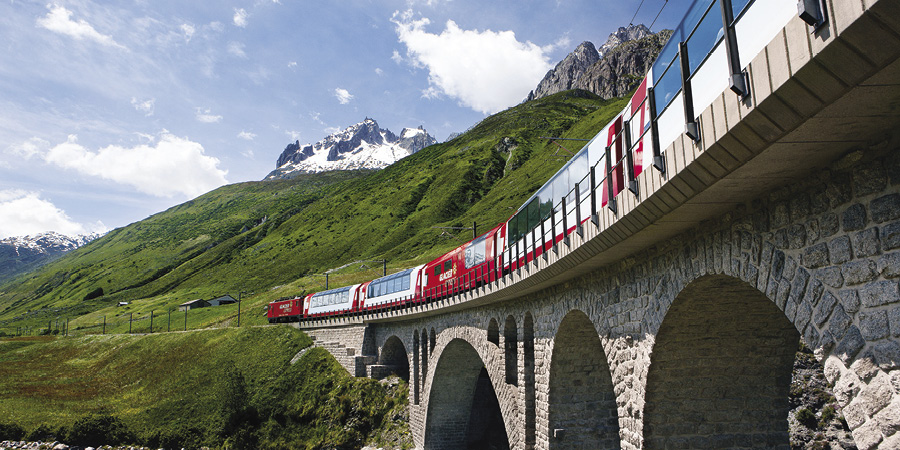 The Glacier Express is the most iconic line in Switzerland. It's famed for being the "slowest express train in the world" - a name given not due to its speed, but for the fact that the train provides a non-stop journey between its terminuses. Winding its way through some of the continents' most astounding scenery on an eight-hour, 181-mile-long trip, the Glacier Express transports its passengers through pristine alpine landscapes, affording some of the most incredible views you could ever wish to see.

From Zermatt, a charming ski town which lies under the shadow of the Matterhorn, to the sophisticated resort town of St Moritz, the train glides through the three cantons of Valais, Uri and Graubünden, and climbs 6,669 feet across the Oberalp Pass - the highest point of the journey.

Since its first journey in 1930, the Glacier Express has continued to delight its passengers, treating them to a constantly-changing vista of Switzerland's most breath-taking landscapes; imposing snow-clad mountain ranges, the shores of vast lakes and rolling Alpine wildflower meadows.

Halloween, but not as you know it

It’s that time of the year again. Evenings are long and dark, the wind is often strong and howling, often gentle and murmuring, but chilling you to the bone nonetheless. The leaves have scattered themselves on the ground and you can’t escape a curious crunching sound no matter where you walk. It’s the time when the spirits roam free.