China: Where History meets the Future

Economic development, technological advancement, and futuristic urbanisation - China has achieved enormous growth in the last few decades. Yet China's ancient culture still dominates popular imagination, and it's this contrast that makes China so unique and intriguing. Progress and preservation go hand in hand in the world's most populous country, making it a favoured destination for travellers across the globe.

Although it's just an urban myth and the Great Wall cannot actually be seen from space, it still remains one of the New Seven Wonders of the World. Fortifications were first planned by Emperor Qin Shi Huang of the Qin Dynasty in around 3rd century BC. The existing sections of the wall were however, built between the 14th and 17th centuries under the Ming Dynasty. Despite several legends surrounding the wall, it has never really prevented invaders from attacking China. Instead it has stood for eons as a symbol of the continuity and endurance of the Chinese civilisation. The Mutianyu section of the wall (close to Beijing) is the best-preserved, and you can take a walk along this historical stretch and imagine what it might have been like to be lookout soldier. 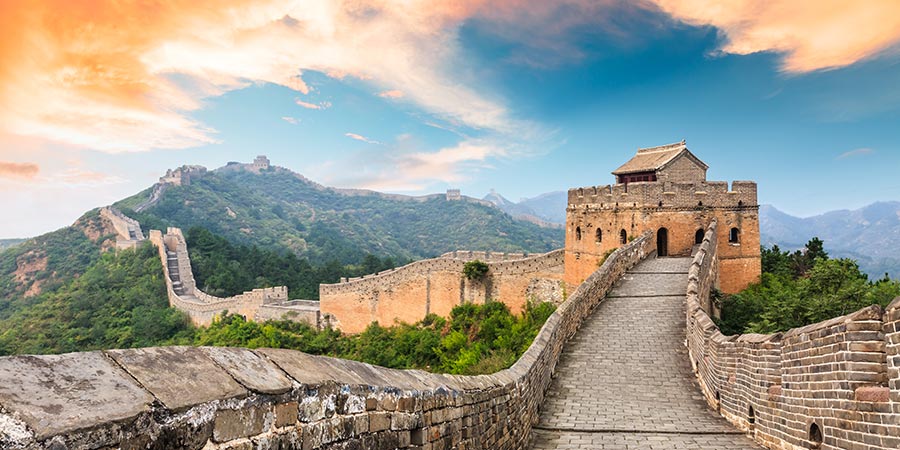 In 1974, farmers digging a well outside the city of Xi'an in China came upon a life-size terracotta soldier poised for battle. This was one of the world's greatest archaeological discoveries, and subsequent excavation revealed 1,000s of such soldiers, all of different ranks, in underground, trench-like corridors. Remnants of weapons, horses, and chariots were also discovered. It is believed that the soldiers were designed to guard the tomb of Qin Shi Huang, the first emperor of China, in the 3rd century BC. The soldiers, made of burnt clay (terracotta), are now largely greyish, but patches of colour reveal that they had once been painted brightly. The Terracotta Army is nothing like other sculptures found in China from this period, and many experts believe that they were designed by foreign artists, perhaps from Greece, who had visited China. 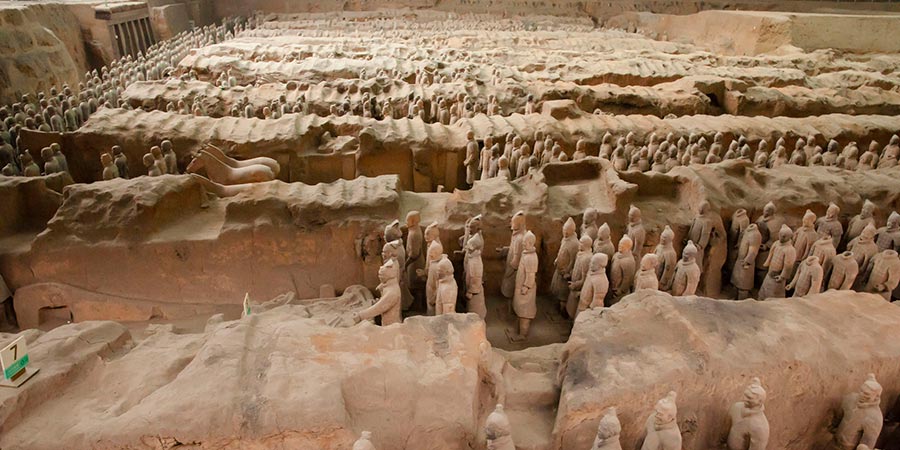 The Ghost City of Fengdu is located on the banks of Yangtze River, on the Ming Mountain (accessible by open-air escalator). It is a large complex of shrines, temples, and monasteries that combine the beliefs of Confucianism, Taoism, and Buddhism, and has a history dating back about 2,000 years. Legend has it that 2 Han officials journeyed to the Ming Mountains around 1st century AD to practise Taoism, and became immortals. Their names, Yin Changsheng and Wang Fangping, combine together to mean King of Hell (Yinwang) and since then the site has been associated with death and underworld. Many paintings and sculptures in these temples depict scenes from hell and the punishments meted out to sinners. 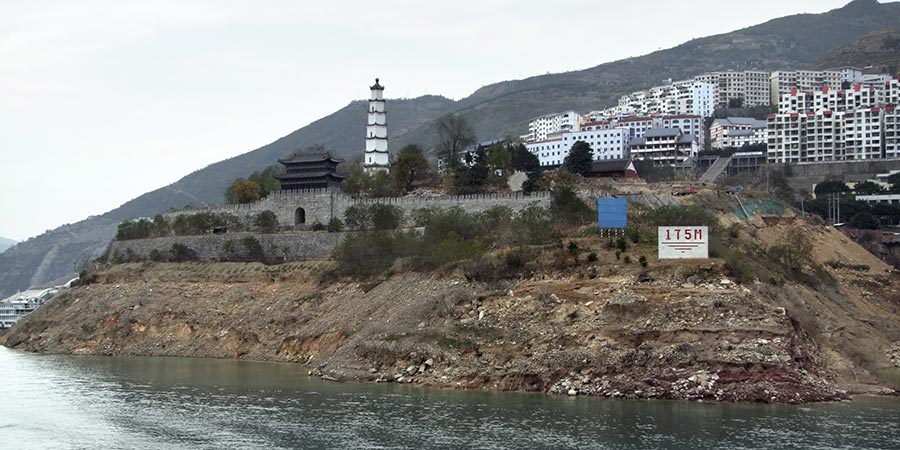 The capital of China is a global power house, and plays a pivotal role in world politics and economics. This advanced city is also one of the most ancient in the world, and has been witness to 3 imperial dynasties - the Yuan, the Ming, and the Qing. The Forbidden City, the Summer Palace, and the alleys of Hutong are all remnants of these eras, and sit alongside an enviable skyline dotted with skyscrapers, the tallest being the 81-storey China World Trade Centre III. Beijing also has a thriving contemporary art scene, boasts some of the best universities, and has its own 'Silicon Valley', where ground-breaking research is conducted. From high-speed trains to forward-thinking environmental design, Beijing is indeed a city of the future. 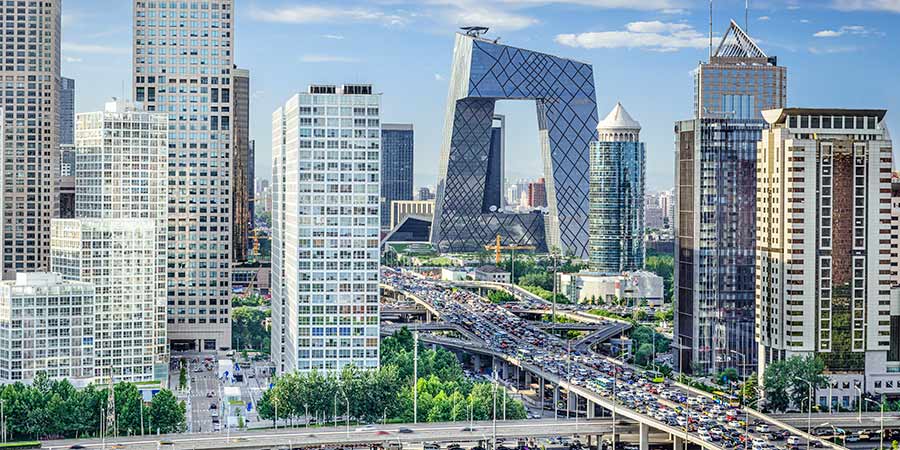 A hub for global finance, transport, innovation, and technology, this trading city boasts of one of the busiest ports in the world. Shanghai has been a centre of business for centuries thanks to its location on the Yangtze River Delta. Very few cities can boast such diverse architectural styles; along with soaring skyscrapers and modern, Art Deco-style buildings, it's also culturally diverse, playing host to synagogues, cathedrals, and Buddhist temples, as well as its very own shikumen (stone gate) style buildings. The main city is connected to the airport by maglev (magnetic levitation) trains, and Shanghai takes its title as the commercial capital very seriously, the streets teeming with high-end boutiques and designer outlets. Shanghai's residents are often referred to as 'little capitalists' because of their spending capacity! 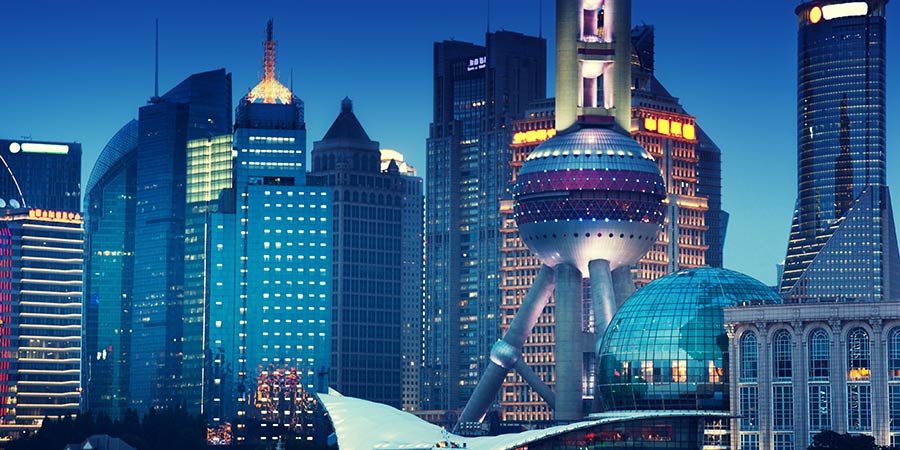 Reaching speeds of up to 217mph, Chinese bullet trains are a fantastic way to speedily travel between cities, while still be able to appreciate the passing scenery of mist-shrouded mountain ranges, bamboo forests, and lush green rice paddies.

Chengdu may not be as futuristic as Beijing or Shanghai, but what puts this city on the global map is the forward-thinking Research Base for Giant Panda Breeding. It was founded in 1987 to protect and promote these adorable creatures, unique to China. Interestingly, giant pandas have played a very important role in Chinese politics, being gifted to world leaders as a symbol of ongoing diplomatic relationships. The first pair of pandas were given to Japan in 685 AD, and in 2014, China sent 2 pandas to Malaysia, signalling the continuation between old and new that is intrinsic to Chinese culture. 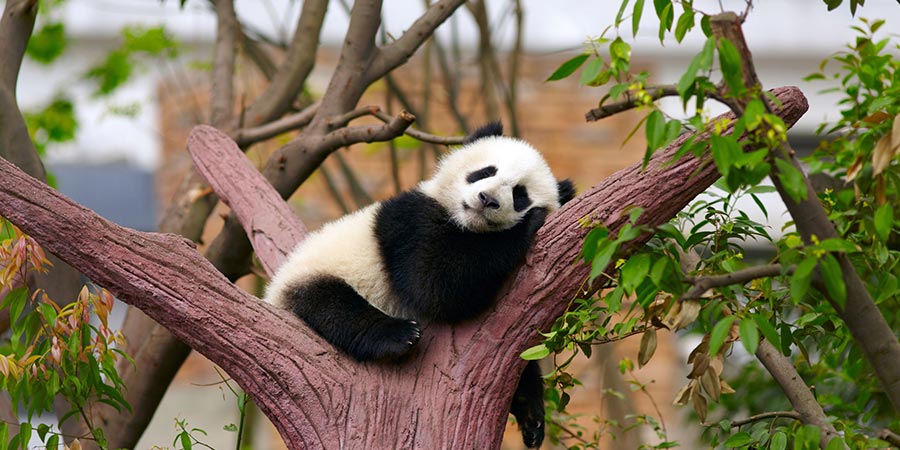