The Ofoten Railway, which at the time of construction was both the coldest and northern-most railway project in the world, is a 27-mile long line which runs between the town of Narvik in Norway and Kiruna in Swedish Lapland. The line was originally opened in November 1902 in order to haul ore from mines in Kiruna, and while it is still an important freight line between the Norway and Sweden, it is also a tourist attraction in its own right, with popular passenger services running daily. 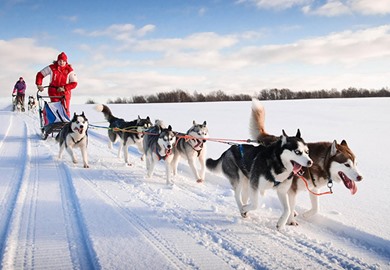 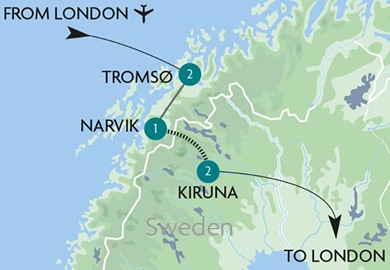 “Well organised, so that as a single elderly person I had no worries. The Husky Dog sled ride and the Ice Hotel were particular highlights well worth the holiday, plus of course attempts to see the`northern Lights. The hotels were all good too.
Collected by Rail Discoveries