The section of the Eastern & Midlands Railway now known as 'the Poppy Line' opened in June 1887. It was well used but was soon also run by the Midland and the Great Northern Railways, until Nationalisation in 1948. Like many rural railways, traffic declined from about the mid-1930s, and most of the line was closed in 1959, with the remainder closing in 1964.

Yet a preservation society was formed at the first closure in 1959, as they believed that the charming scenery of the Norfolk Broads would be a popular tourist attraction, allowing them to operate as a heritage railway. After some extensive restoration work, the line re-opened in 1976. Now with the nickname 'the Poppy Line' due to the number of flowers it passes, the line has proved very popular ever since. 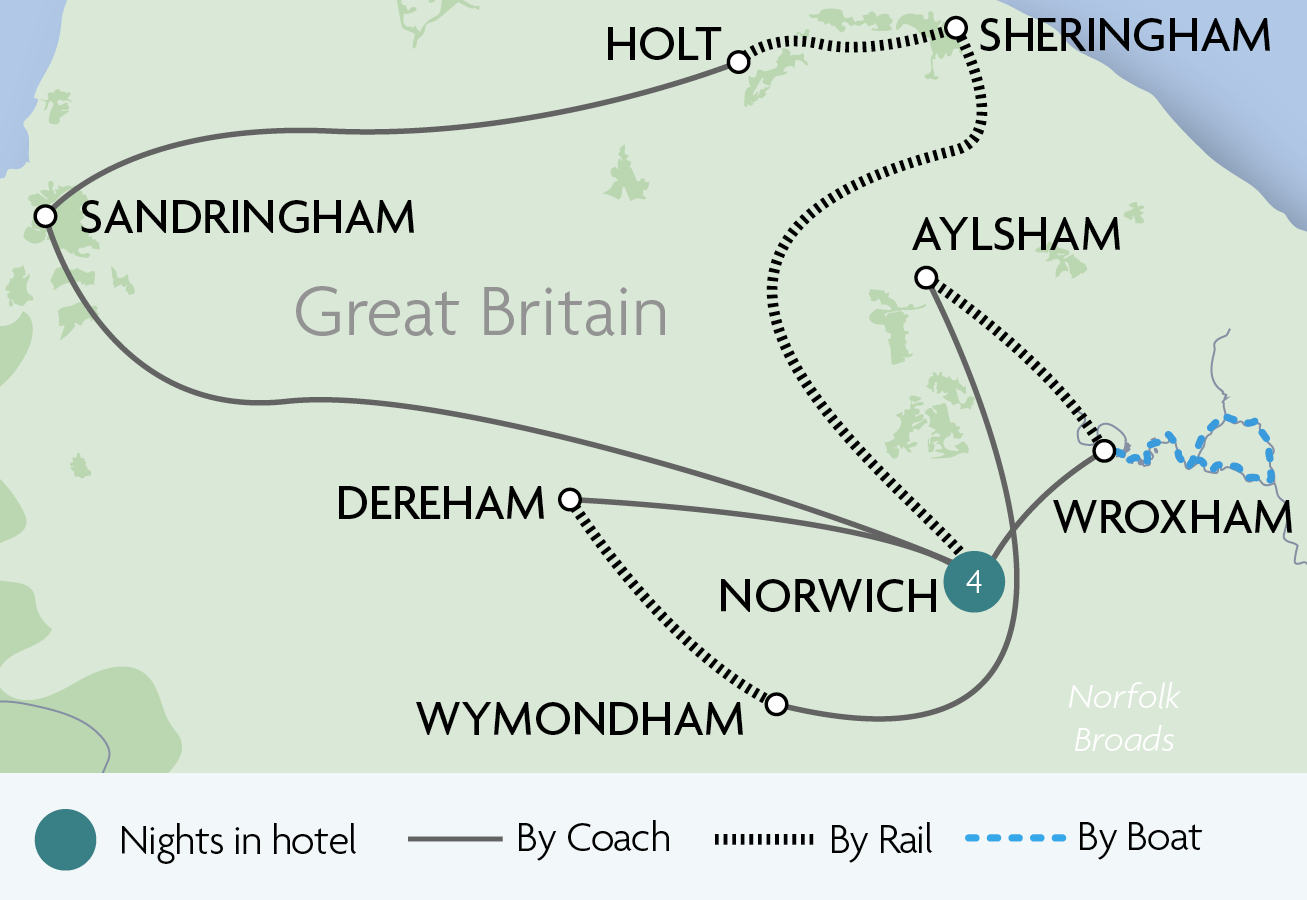 “ we enjoyedo the trip it was worth the money. the courierror was excellent
Collected by Trustpilot