Have you been following the BBC's TV show Great Continental Railway Journeys? It takes you on fascinating excursions across the continent by rail. The show has expanded our horizons and inspired many others to take to the tracks.

If you watched the Spanish railway adventure episode and were tempted to follow in their footsteps, then you should consider our Spanish rail tours. They include our holiday to the rugged Catalan Coast where you will be based in the relaxing resort of Rosas.

Located within a mountainous stretch of the Costa Brava, Rosas includes an authentic Spanish fishing port and a stretch of sweeping bays set against the backdrop of the wild Cap de Creus National Park.

Rosas is bursting with history

Just take a 10-minute stroll from the town centre to Avingdue du Rhode and you can time travel to the historical theme park of Espai Cultural la Ciutadella de Roses.

The 16th century military fortification contains the remains of the Greek town of Rhode (the first Greek colony within Catalonia) as well as a Roman villa and a collection of Visigothic buildings, including a Christian church that dates back to the 4th century. You can choose to explore the ancient fortified town with a free guided tour or view the complex (including exhibition and the Citadel museum) by yourself.

If you love nature, then Rosas's Cortalet Nature Reserve is a must-see during your tour. The park has recorded 327 different species of bird, including the Nightingale, Spoonbill, Great Spotted Cuckoo and nests of White Storks. Even if you are not a bird enthusiast, the nature park makes for a memorable tranquil walk that includes scenic picnic areas and a sea-watch tower. An information centre is also on site that provides maps and useful information on the birds and wildlife you can see.

From Rosas, you are not far from an abundance of Catalonian treasures. Take a short stroll to Rosas's harbour and you can enjoy one of several coastal cruises to Cadaqués, a fishing village on a bay in the middle of the Cap de Creus peninsula. It has distinctive whitewashed houses that were the inspiration for much of Salvador Dalí's work. The prominent Spanish surrealist painter spent family holidays in Cadaqués during his youth and lived much of his life at nearby Portlligat. There you can find the Portlligat Museum-House, Salvador Dalí's only fixed residence.

Portlligat Museum-House was a small fisherman's hut that Dalí built up little by little over 40 years to create an impressive labyrinth design that he regarded as home. The final result is an insight into the brilliant mind of Dalí. Every window has its own shape, capturing the landscape they look out onto in their own unique way. It's these views that inspired Dalí to create one of his masterpieces, The Portlligat Bay.

More of Dalí's great work can be found at the Dalí-Theatre Museum in Figueres, somewhere you get to visit on the sixth day of our Catalan Coast rail journey. This museum contains the broadest range of works in his artistic career. These include: the Port Alguer (1924), The Spectre of Sex Appeal (1932) and Galatea of the Spheres (1952).

However, there is more to Figueres than just a number of world-class museums. As the last major town before the Spanish/French border, Figueres serves as an excellent base to explore the upper Empordà region, an area that provides the best of Catalan culture through its impressive food, wine and beaches.

Things to do and see in Figueres

Placa de les Patates is a historic square that gets its name ('square of potatoes') from having a farmers market there until the 1950s. Today it is a tranquil square decorated by 17th century buildings and large trees, which protect visitors from the hot sun as they relax at the welcoming bistros in the area. 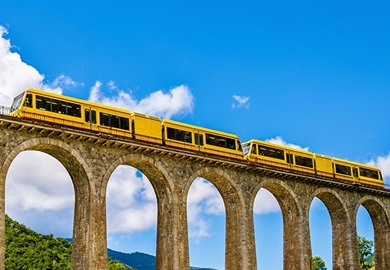 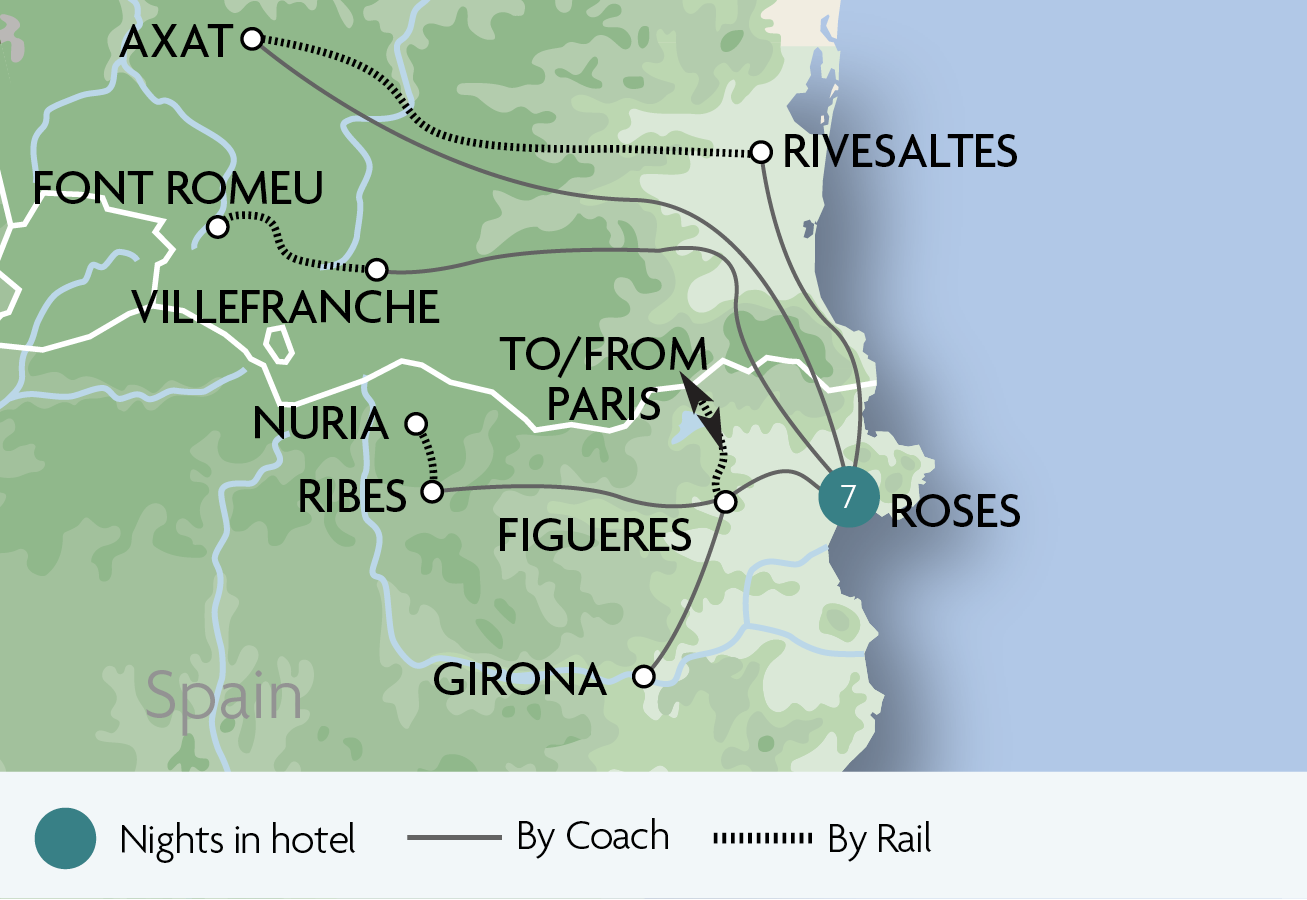 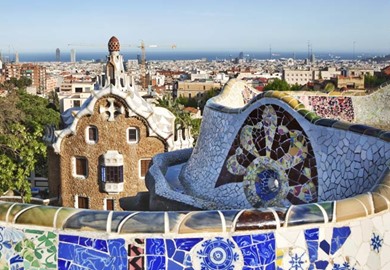 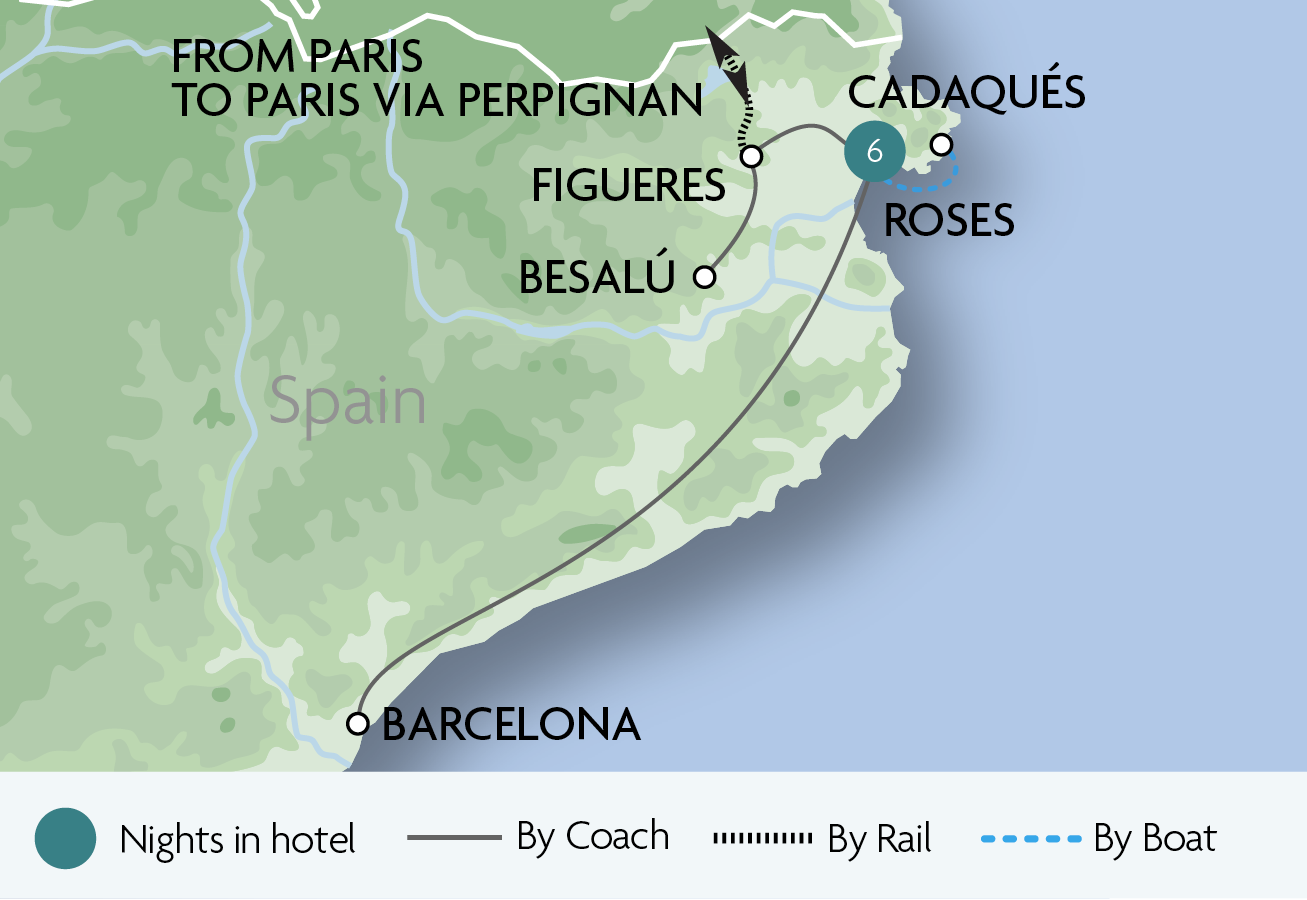 “Problems with hotel at start of holiday
Collected by Rail Discoveries