Taking its name from the Old Norse word hals; a 'pass between mountains', the existence of the picturesque town of Hawes in North Yorkshire is first recorded in the fifteenth century. Situated in Wensleydale, the valley through which the River Ure runs, Hawes benefits from a particularly beautiful setting and falls within the boundaries of the Yorkshire Dales National Park.

The town received a royal charter at the end of the eighteenth century allowing it to hold a market each Tuesday. This tradition continues more than two centuries later and the town bustles each market days when visitors join locals from Hawes and its surrounding villages to enjoy the town's lively and colourful indoor and outdoor markets and livestock auctions.

Wensleydale is famous for its cheese which has been produced by the Wensleydale Creamery in Hawes since 1897. The recipe was passed on to local farmers in the mid-twelfth century, when a group of Cistercian monks arrived from Roquefort, France, to establish a monastery in the area. Today, the creamery is a popular Hawes attraction at which visitors can see authentic Wensleydale cheese in production, learn about its history and, of course, sample it! 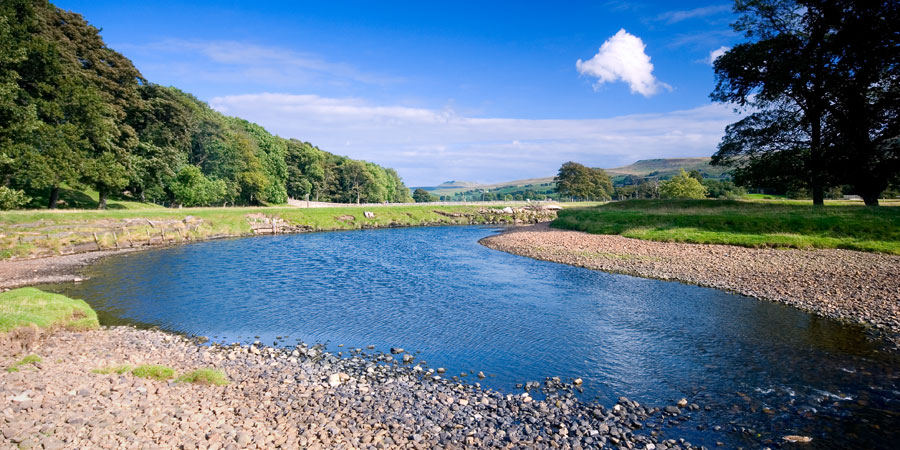 Surrounded by some of England's finest countryside Hawes, with its Victorian architecture, traditional craft shops and tea rooms, museums, colourful markets and natural attractions is a town that appeals to visitors of all ages.

Hawes has been associated with the art of rope making since the eighteenth century and Outhwaites Ropemakers, one of the town's longest-established businesses continues this tradition today. Visitors can tour Outhwaites' factory and see the fascinating processes which create ropes for all purposes from skipping ropes to church bell ropes.

Although the Wensleydale Railway Association plans to create a heritage railway between Northallerton and Garsdale stations which would stop at Hawes, for now the town's beautiful Victorian railway station operates as the Dales Countryside Museum. Recently extended this exciting interactive museum recounts the history of the Yorkshire Dales from prehistoric times to the modern day, looking at aspects of the Dales' art, culture, tradition and industry in times past.

Half a mile south of Hawes, Gayle Mill is a remarkably-restored industrial mill built in 1784 to a design created by Victorian textile entrepreneur Richard Arkwright. Rescued from dereliction and opened to the public in 2008, this three-storey mill was originally used for cotton processing but became a mechanised saw mill in 1879 and visitors may still see it in operation today.