The only city within the English county of Cumbria, Carlisle is situated just above the spectacular Lake District and ten miles south of Scotland's border. Settled since the Iron Age, Carlisle's location has bestowed the city with a turbulent and bloody history.

Deemed strategically-important and fortified by the Romans in the first century, Carlisle was repeatedly assailed over subsequent centuries by invaders including Celts, Anglo-Saxons, Danes - who burnt down the city in the ninth century - and Vikings. Following the Norman Conquest in 1066, Carlisle gained its imposing castle, built upon the original site of a Roman fortress, and joined shortly after by the city's cathedral. Both of these remarkable medieval buildings were built from Cumbria's distinctive red sandstone and are today, unmissable attractions.

Visitors keen to know more about Carlisle's colourful history shouldn't miss the superb Tullie House, which is both a museum charting the evolution of Carlisle and north Cumbria and a gallery showcasing historic and contemporary Cumbrian artworks and textiles.

At its centre Carlisle boasts one of the few surviving Victorian market halls in Britain and the award-winning indoor market is the place to find everything from fresh local produce to Thai street food.

Abundant historic buildings, specialist museums, galleries, parks and attractions ensure that holidays in Carlisle are enjoyable and activity-filled, whilst walks in Cumbria's beautiful countryside are just moments away. 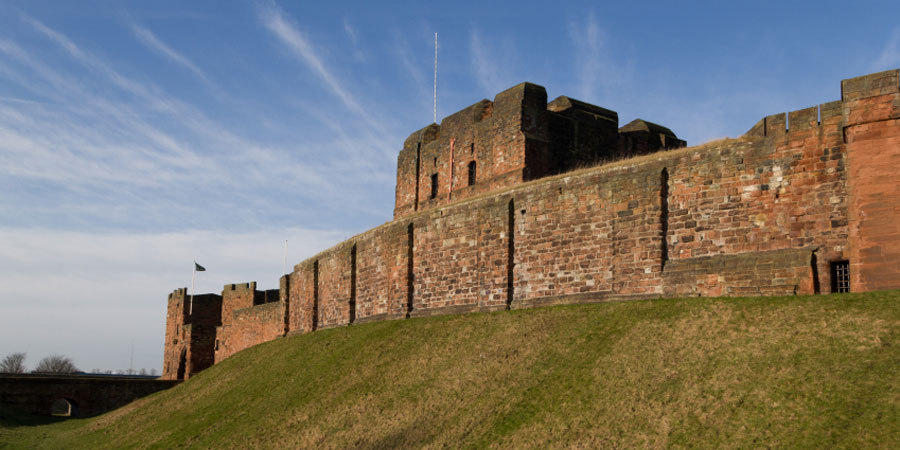 Easily reached from Carlisle, Hadrian's Wall, a UNESCO World Heritage site, stretches eighty-four miles across northern England and was built by the Romans in the first century to defend this area of their European empire from invasion by Scotland's Pictish and Celtic tribes.

A must for aircraft enthusiasts, Carlisle's Solway Aviation Museum houses an outstanding collection of historic aeroplanes (and a Sikorsky S.55 Helicopter) as well as displays and artefacts which demonstrate Britain's prowess in aircraft design in the post-war era.

At Carlisle's southern entrance the road is flanked by two impressive circular buildings, collectively known as the Citadel. Built in 1810 on the site of a sixteenth century fortress, the two buildings operated as Carlisle's criminal and civil courts. Extensively restored by English Heritage, the West Tower is open to the public.