The 11-mile line between Brohl and Engeln first opened in 1901. Although it offered rail services from its opening year, the narrow-gauge railway always relied more heavily of freight traffic. It was when the freight services dwindled that the line was forced to close in 1961.

Shortly after the closure, a group of enthusiasts set about preserving the railway. It was at about this time that its appeal as a passenger railway was promoted, given that the route passes through volcanic rock formations and past fairytale castles.

After extensive work, particularly on the Tönissteiner Viaduct, the Vulkan Express re-opened to passengers in 1977, and has remained a tourist favourite ever since. 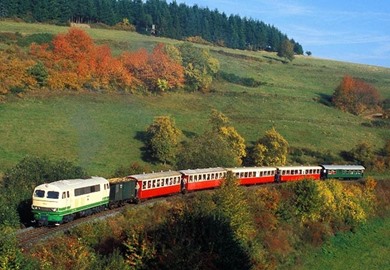 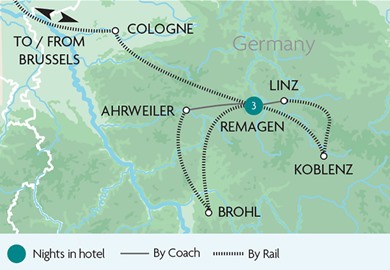