Amtrak's Southwest Chief service connects Chicago in Illinois with Los Angeles in California, a journey of 2,256 miles. The tour has been well trodden during America's relatively short history; by American Indians, Spanish Settlers and fur traders. The section of the journey from Flagstaff to Los Angeles is mostly undertaken at night, with the scheduled departure time of the service well into the evening. Boarding after dinner, the Southwest Chief leaves Flagstaff and heads west, following the original route of the famous Route 66 Highway.

The first stop is Williams Junction, the nearest mainline station for the Grand Canyon. Passengers leaving the train here can connect with the Grand Canyon Railway and ride the historic locomotion up to the South Rim. Continuing from Williams on the Southwest Chief, before long another popular connecting station is reached as the train pulls in to Kingman, the nearest railway station on the line to the gambling city of Las Vegas in Nevada. Many of the Southwest Chief's passengers will leave the train in Kingman and travel by coach to Las Vegas in search of their fortune. The Southwest Chief crosses the Arizona border into California as it passes over the vitally important Colorado River. The town of Needs, which straddles the state border, lies within the Mojave Valley and is known for its extreme summer heat - often Needles is the hottest place on earth.

The railway line runs across the Mojave Desert, whose boundaries are usually defined by the presence of Joshua trees. The desert, named after the Mohave tribe of Native Americans and also known as the High Desert, includes Death Valley, the notoriously hot area located 280ft below sea level. The route then climbs over the 3,811ft Cajon Pass, which is part of the San Bernadino and San Gabriel Mountains, which were created by the movements of the San Andreas Fault. On the approach to Los Angeles, the Southwest Chief passes through Orange County, including the town of Fullerton, before entering the suburban and urban sprawl of Los Angeles, the city whose full name is "El Pueblo de Nuestra Señora la Reina de los Ángeles" (the Town of Our Lady Queen of the Angels). 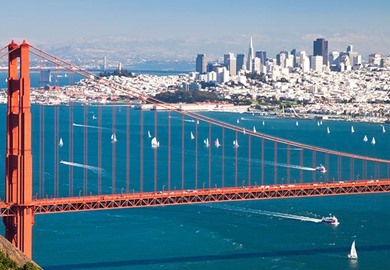 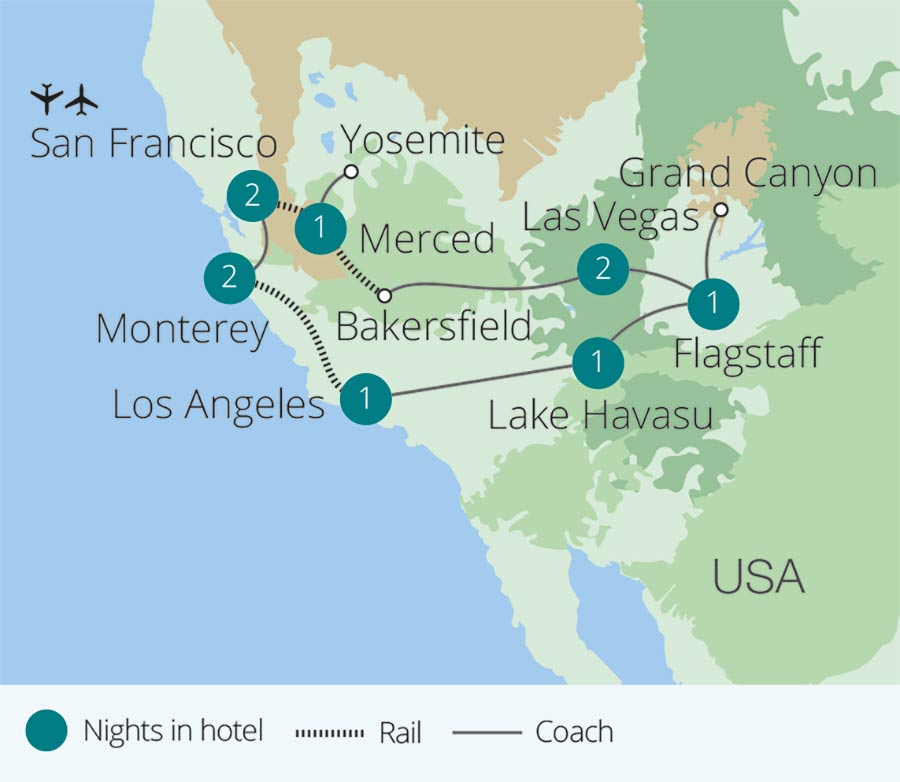