The iconic Settle to Carlisle Railway was the last mainline railway to be built in the UK and was completed in 1876 by the Midland Railway Company after six years of work. Widely accepted as being one of the best-engineered mainline tracks in England, the line is visually dramatic and offers a truly great rail journey.

On some of our tours we begin in Leeds, where our journey takes us through Airedale and the towns of Shipley and Saltaire, the latter being famous for the huge Salts Mill, which today houses a large collection of paintings by the Bradford-born artist David Hockney. From Saltaire we travel to Keighley, home of the Keighley & Worth Valley Railway and then to the North Yorkshire market town of Skipton. On leaving Skipton, the train begins a gradual 15 mile (24 km) climb and stops in Settle, the starting point of our journey on some tours. We then continue along a narrow valley into the Yorkshire Dales National Park. As the valley broadens and the landscape becomes wilder, we enjoy views of two of the Three Peaks - Pen-y-Ghent and Ingleborough - before reaching the most famous landmark the route: the magnificent 24-arched Ribblehead Viaduct.

The train's 15 mile climb comes to an end as we enter Blea Moor Tunnel and continue across the Dent Head Viaduct. We catch a glimpse of the Whernside, the third of the Three Peaks as we travel towards Dent, the highest mainline station in England at 1,150 feet (350 metres). From Dent we continue on the Settle to Carlisle Line   to Garsdale, once a junction with the Wensleydale Railway to Northallerton, and then across the Moorcock Viaduct. We leave the Yorkshire Dales National Park behind and continue through Cumbria and the rolling hills of the Eden Valley to the towns of Kirkby Stephen, Appleby, Armathwaite and our final destination, Carlisle. 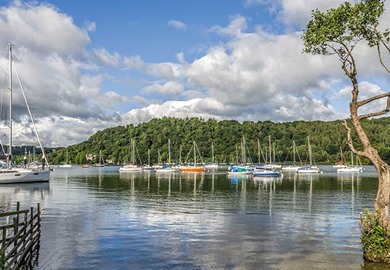 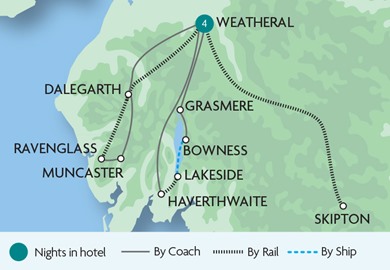 “Very good hotel with excellent breakfasts. The tours were good. Pity we hit a day of train strikes. Would recommend the holiday. Ann Henstock
Collected by Trustpilot