Brocken Mountain is the highest mountain in northern Germany, standing at 1,142 metres. The mountain peak is often shrouded in mist, which gives it an eerie quality and gave rise to local legends of witches. The towering summit has long been associated with dark forces, most famously in Goethe's Faust.

The Brocken Railway is a narrow-gauge railway which travels to the summit of Brocken and Germany's highest railway station - Brockenbahnhof. We enjoy stunning panoramic views of the Upper Harz National Park as we wind our way up the mountain.

The peak of Brocken was a military base which has only been open to the public for a relatively short time - until the fall of the Berlin Wall, the mountain was off-limits to all but the Soviet Army. The Brocken Railway still operated during this period, carrying troops, coal and supplies to the military base.

Brocken Mountain was the location of the world's first television antennae, thanks to its altitude, and provides one of Europe's most spectacular lookout points. 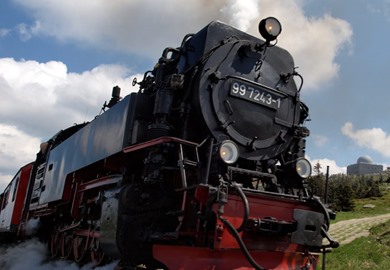 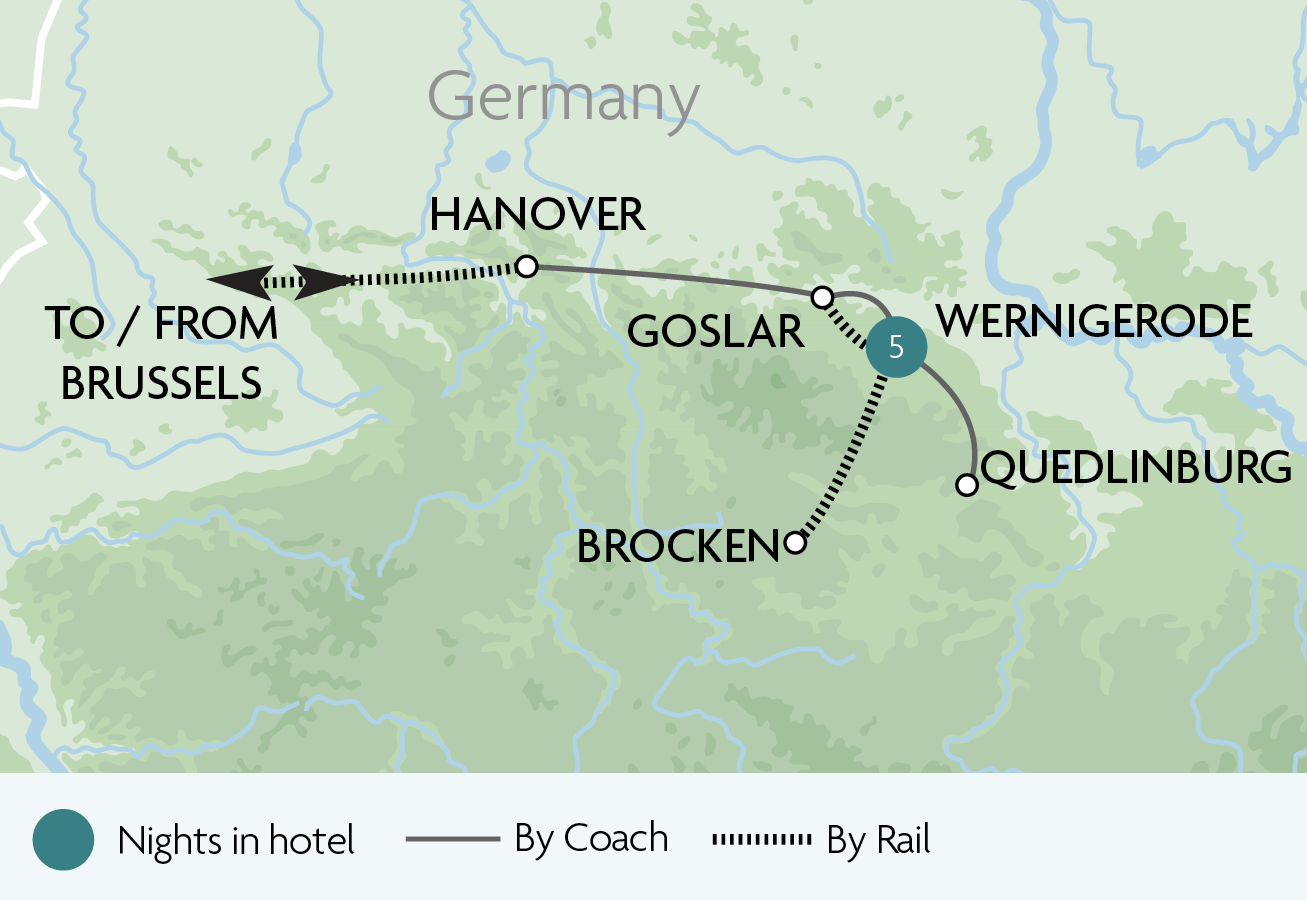 “It was exactly what it said on the tin! The excellent weather undoubtedly helped.
Collected by Trustpilot