From its source in Switzerland, the Rhône travels through Lake Geneva towards the Mediterranean Sea. It joins the Saône in Lyon, France, after travelling 497 miles. The capital of the Rhône-Alpes region of France and a vibrant city famous for its food, Lyon also boasts an ancient amphitheatre, a number of museums, and is located near two of France's best-known wine growing regions - the Côtes du Rhône and Beaujolais. The Rhône then joins with the Ardèche River at Pont-Saint-Esprit before continuing south to Avignon, erstwhile home of several popes during the 14th and 15th centuries.

Next on its route is the Roman city of Arles, home to an original amphitheatre, the Alyscamps necropolis, and the Obélisque d'Arles. This section of the waterway had a huge influence on some of Vincent Van Gogh's paintings, such as Starry Night over the Rhône. The river then splits into two, forming the Camargue Delta which is known for its wide variety of flora and fauna, such as the greater flamingo and the famous Camargue horse. 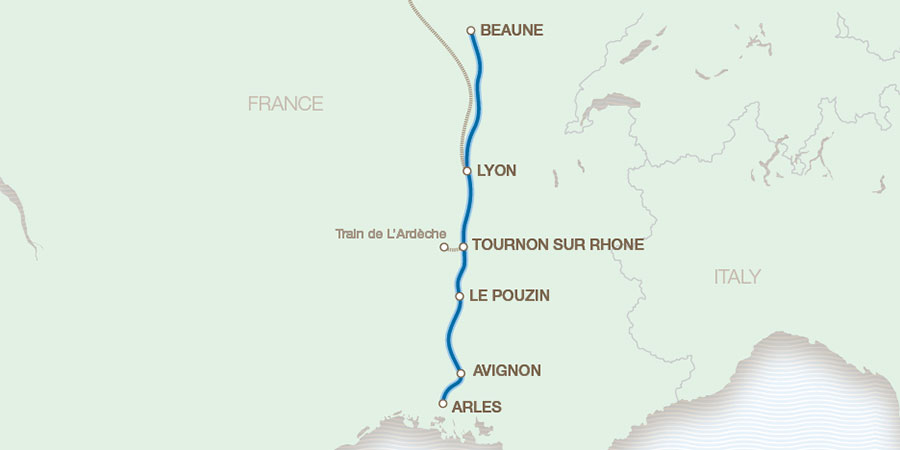 Highlights of the River Rhône

Flowing south from the Alps, the River Rhône continues to Geneva before eventually meeting the Mediterranean Sea. We travel along the Rhône stopping at Lyon for a sightseeing tour and then continuing to Avignon and Arles. Deep in the heart of the wine region of Burgundy, the Medieval town of Beaune is fascinating to visit.

The banks of the Rhône were also a major influence for Van Gogh, who was inspired to paint his work 'Starry Night' by the stunning views. 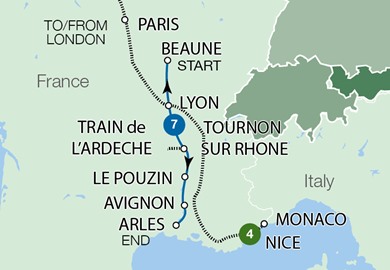 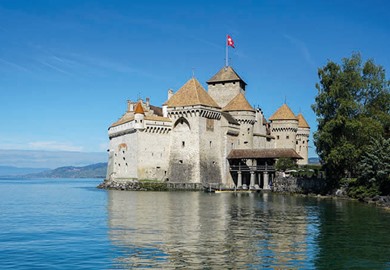 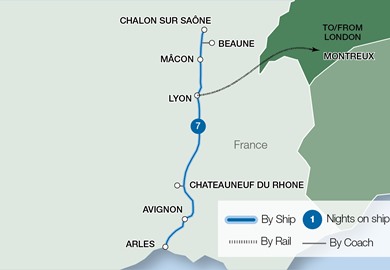 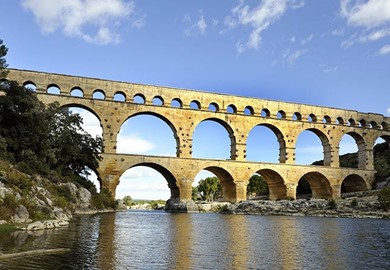 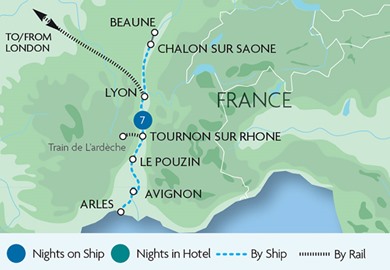 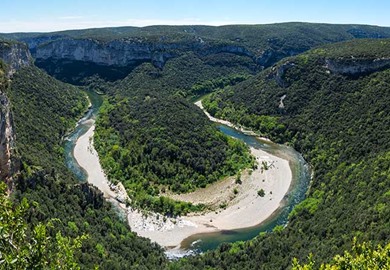