5 Sights on the West Somerset Railway

Whilst aboard the West Somerset Railway, you'll chug past ExmoorNational Park, past England's smallest city and even past the south west coast.  During your journey on this stunning steam locomotive, keep your eyes peeled in order to spot and enjoy the variety of picturesque sights and attractions.  The West Somerset Railway is the longest heritage railway in England, running between Minehead and Bishops Lydeard, it's a great choice for steam train holidays in the UK. 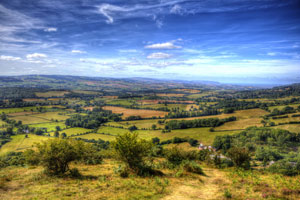 In 1956, the Quantock Hills became Britain's first Area of Outstanding Natural Beauty. The area is made up of typically English heathland, ancient parklands and oak woodlands. The hills have been occupied since prehistoric times and Roman silver coins have been found in the area. The Coleridge way stretches for fifty one miles through the hills. It's named for the famous English poet, Samuel Taylor Coleridge, who lived in the area. A stroll along this route takes you through the pretty villages of Holford, West Quantoxhead and Bicknoller - though unless you're a determined hiker it's probably best to take your time and break up the walk over a weekend to make the most of your steam train holiday.

ExmoorNational Park covers an area of 276 square miles, and within that the landscape varies from rolling hills to rocky cliffs. There are a number of picturesque villages dotted around, so it's easy for visitors to find a cosy local pub or pretty tea room to enjoy. There's a wealth of local wildlife to look out for on your visit. Recent sightings include everything from cuckoos and tawny owls, to wild orchids. For those interested in history, the Chapman Barrows are a collection of eleven Bronze Age burial mounds. 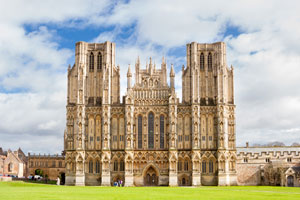 The cathedral city of Wells, in Somerset, has been a city since medieval times because of the presence of Wells Cathedral, which was completed in the 13th century. It holds the title of England's smallest city with a population of around 12,000, it's also the only city in Somerset. The city remains largely un-spoilt, with a number of historic buildings, narrow streets and an eclectic mix of architectural styles. Wells Cathedral is one of the best examples of early English Architecture, the front features over three hundred statues and carvings, and one of the oldest working mechanical clocks. If you're visiting Wells, take a stroll down Vicars' Close, believed to be the oldest medieval Street in Europe.

A short walk from Washford Station, on the West Somerset Railway, is the beautiful Cistercian abbey, dating back to the 12th century. It's a wonderful chance to get a taste of what monastic life was like eight hundred years ago, and with your West Somerset Railway ticket you'llget a discount on your entry fee. While you're there, don't miss the monks' dormitory, it's one of the finest examples left in Britain. 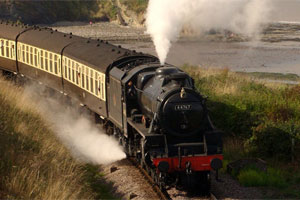 Alight the train at Crowcombe Heathfield Station - the highest station along the line - and you'll find the route for the 'One Mile Walk'. This gentle walking path runs in a circle from the station and provides amazing views of the West Somerset Railway line. Along this path you'll come across 'The Avenue', a lovely lane lined by beech trees. You will also cross two railway bridges, where you can wait for the next steam locomotive to pass.

The highlights and charms of the German rivers

As a nation, Germany seems to operate in its own sphere, a land which defies time and history by melding its ancient timeline with the heady skyscrapers of the future.

The cities of southern India

The breath taking and rippling beauty of splendid Southern India seeps into every aspect of this magnificent corner of the world.

Exploring the Historic City of Cordoba

Today on The Discovery Blog, we explore the history and architecture of the grand old city of Cordoba. Experience the heritage of this former Moorish capital, as we uncover Cordoba’s incredible past in this insightful post.

Around the world on St Patrick’s Day

Every year, on the 17th March, Irish citizens and descendants from all around the world gather to honour St Patrick, arguably the most celebrated patron saint in the western world.