Amid the wooded hills and beautiful countryside of the Dordogne Valley region in southern France, the medieval market town of Le Bugue nestles on a bend in the picturesque Vézère River. Although the tenth century Benedictine monastery around which Le Bugue grew no longer remains the town has prospered, surviving ancient skirmishes between France and England over control of the province of Périgord and enduring the hardships brought about by the French Revolution.

1 result matching: In and around Le Bugue

Boasting a wealth of handsome nineteenth-century architecture and a selection of appealing shops and restaurants, this charming little town bursts into colourful life each Tuesday when it hosts a market which is regarded as one of the best in the Périgord region, and which sells a wide variety of fine and fresh local produce along with toys, jewellery, clothes and a wealth of handicrafts from woven baskets to wooden chess sets.

Le Bugue is home to Europe's largest private fresh-water aquarium: the Aquarium du Perigord Noir which features over six thousand fish along with caiman, pythons and an assortment of reptiles. 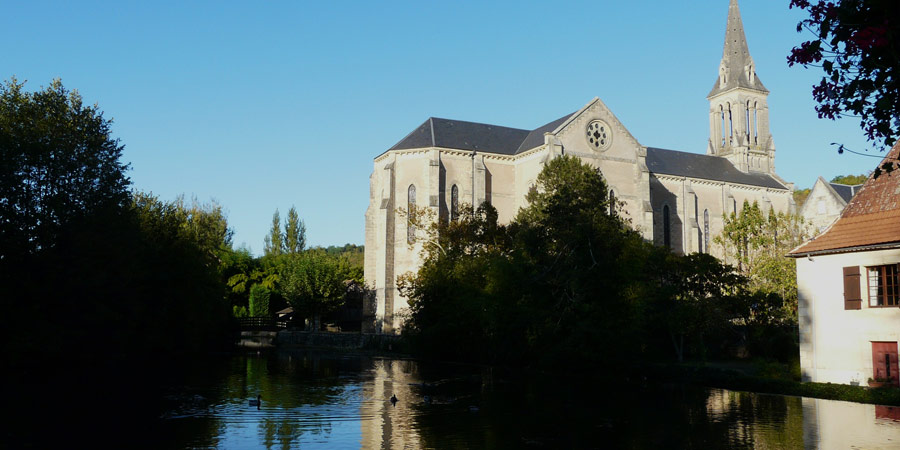 On the edge of the town, Le Bournat is a full-scale recreation of a nineteenth century French village complete with workshops in which ancient crafts such as glass-spinning, engraving, basket-weaving and pottery are kept alive. There is also an original, and still working, walnut oil mill here.

The pre-historic Bara-Bahau cave lies one kilometre northwest of the town. Discovered in 1951 this cave, which extends for a distance of around one hundred metres contains cave paintings and engravings of animals including cattle, horses and bears and which are estimated to date from at least 15,000 years BC.

The Vézère Valley is renowned for its wealth of important prehistoric sites which, collectively, have obtained UNESCO World Heritage site status. Perhaps the most famous of these sites are the caves at Lascaux, 36 kilometres northwest of Le Bugue. Here, some of the very best-preserved cave paintings, more than 17,000, years old were discovered. The original caves are no longer open to the public due to the damage sustained, but a replica of two of the main caverns, bearing reproductions of the famous paintings, has been built two hundred metres from the original site.

Le Bugue's neighbouring village, Saint-Cirq, which lies four kilometres to the east of the town, is the site of a prehistoric cave known as 'the Sorcerer's Cave', which features among many remarkable engravings of animals an outstanding depiction of a male human figure with a detailed and expressive face; one of the best images of prehistoric man discovered anywhere in the world.