Separated from Spain by a gap of less than twenty miles, the compact kingdom of Morocco is a seductive and accessible gateway to the African continent for European travellers. Even in the twenty-first century, Morocco's great cities such as Marrakech, Fes and Casablanca retain a palpable air of history and romanticism thanks to their remarkably-preserved ancient architecture.

Beyond the vibrant, maze-like souks where haggling for bargains is a way of life, the fortified kasbahs of Morocco's former rulers and countless beautiful mosques and minarets, Morocco's landscapes are as diverse as they are stunning. From the dramatic ruggedness of the High Atlas Mountains to the barren golden dunes of the Western Sahara Desert, the kingdom possesses some of the most captivating scenery on earth.

Add in no fewer than nine UNESCO-listed World Heritage Sites, a rich and colourful culture that embraces both tradition and modernity, a selection of outstanding Atlantic and Mediterranean beaches and you have all the ingredients for an unforgettable Moroccan getaway.

An escorted rail tour of Morocco with Rail Discoveries enables you to discover the highlights of this beautiful and remarkable country in comfort and style. A carefully planned itinerary that incorporates Morocco's most memorable destinations, sights and experiences ensures that you get the most from your trip but also includes plenty of free time for own exploration and enjoyment. 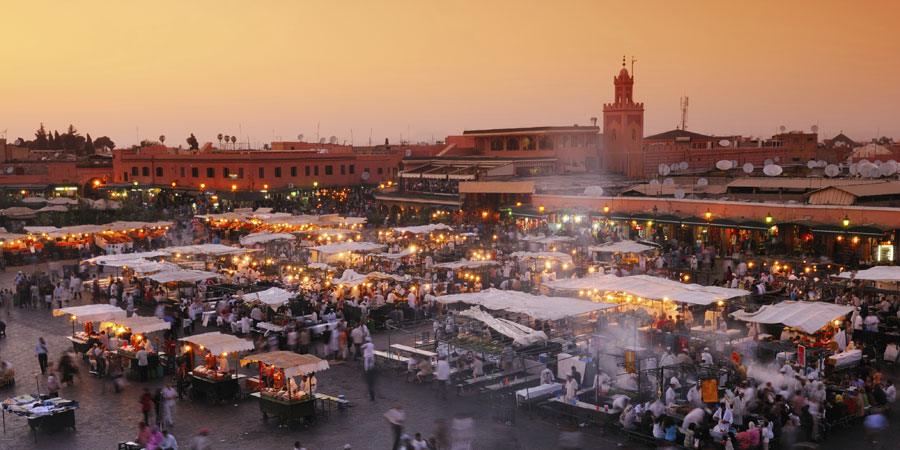 All of your travel arrangements, overnight accommodation and meals including breakfast and dinner are taken care of, and you'll have the services of our friendly and experienced Tour Manager at your disposal to ensure that your time in Morocco is as wonderful and worry-free as possible.