The 4* Hotel Senator Gran Via 70, found minutes away from the majestic Plaza de España, is an oasis of calm in the bustling Spanish capital city. Boasting a fully-equipped and extensive spa area replete with Turkish baths, swimming pools, Jacuzzis and an ice bath (payable locally), the Senator Gran Via 70 prides itself on its relaxing atmosphere and its wide range of facilities. Other amenities include a restaurant and a bar and each of the rooms provides complimentary Wi-Fi along with an LCD television and a minibar. 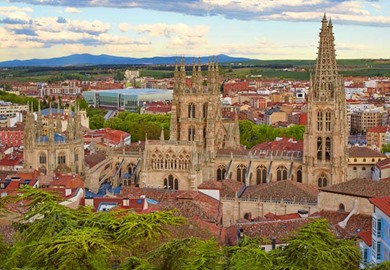 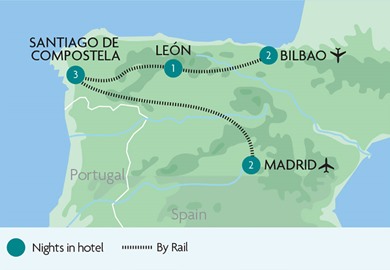 Follow the iconic Pilgrim's Trail through northern Spain, beginning in Bilbao, the heart of Basque country. Head through some of Spain's oldest cities, bound for beautiful Santiago before exploring the capital, Madrid.